Applicability of over-the-air (OTA) technology for an automotive industry is a milestone that signifies the degree of transition from the hardware oriented to the software oriented. VW group has made a series of announcements that all vehicles based on ID.3 and onwards will be equipped with OTA capabilities, GM from 2023 vehicles, and Daimler from 2024, all of whom, following a foot prints of Tesla, a leading example of the OTA applicability with an unparalleled full self-driving (FSD) capability.

So why is this OTA become a hot potato in the race of autonomous driving? What's in it for automakers? 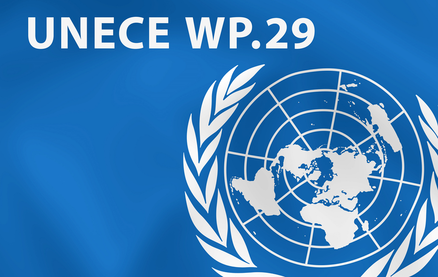 A decade ago, operators such as AT&T faced an issue of maintaining the churn which led to introduce value-added services (VAS). By introducing services like SMS (text), VMS (voice) and MMS (multimedia), operators were not only successful in generating more average revenue per user (ARPU) over the existing infrastructure but also minimized churn by boosting user royalties. This has influenced over many other industries as a reference success story, creating ecosystems among the line of connected products for royalties (i.e. Apple), or turning the one-off license model to recurring subscription model (i.e. Spotify) which ultimately changed the lifestyle to consume rather than own. Nowadays, variants of these services became pandemic, among which the automotive industry, Tesla became the lead on autonomous driving with a help of OTA technology.

What’s particularly interesting in the automotive industry is the fact that large players seem to understand what they need to embrace to reach to the common goal on an autonomous driving, but rather in distinctively different ways. Electrifying the vehicle is one of the stepping stones as it certainly helps accomplishing the goal by being able to enhancing remote monitoring and updates capabilities. However, the real milestone is the level of application of OTA, for instance, as Tesla can upgrade the user vehicle without having their dealer to trade-in the car. They can even repair the vehicle without the vehicle driven into the service center. It’s been nearly a decade since 2013 that Tesla took a first step on this, and still no others. It will take for the following OEM’s to understand the difference between a remote door lock and WP.29.
​
WP.29 defines the set of requirements for safety regulations that all vehicles must comply. After all, OTA should be a bit different from updating a mobile phone as the failure in a vehicle can cost human lives. Although most OEM’s claim that they know and they can do over-the-air updates in a way or another, none of them are remotely close to conform to WP.29, neither anywhere near to the LEVEL5 autonomous driving. Apart from making a self-driving vehicle which is profoundly interesting from the technical perspective, Tesla’s seem to the way to generate more revenue from the same driver just as the operator did a decade ago. By the time many OEM’s take their first steps on OTA in 2015, Tesla’s subscription revenue on FSD alone will be expected over a billion US-Dollars, assuming 30% of their  subscribers choose the upgrade option at 99USD/annum market price.

So how do you conform to WP29 on OTA, a homework for nearly all automotive producers except Tesla?

To understand the requirement on OTA aspects of WP.29, we first need to understand that this consists of. The key on WP.29 conformity is to fulfill the requirements on both Safety and Security. The former can be summarized into requirements on functional safety such as ISO26262, and the latter on cyber security such as ISO21434. The requirement on ISO26262 as requirements for safety risks are well-known standards for the entire supply chain in automotive industry for years, which addresses functional safety based on methods  and technics considered as system-intrinsic, that is, systematic failures, random HW failures, and other functional failures based on architectural design. In the era of connectivity, what can be more of a threat is the cause of this failure can also be derived from the external world. In the context of cyber security, the approach is different as the potential threats and impacts of cyber attacks could vary greatly. To cope with this dynamic nature of threat on cyber security, a different approach with new processes has been standardized into ISO21434 (last release: FDIS: March 2021).

In the context of UNECE WP.29 regulations, two new documents have been accepted recently covering key future topics: Cyber Security (R155) and SW Update (R156). As in the example with Tesla, it has become a hottest potato for automakers to figure out the way to implement OTA capabilities in consideration with Cyber Security, as it sits not only in the core of Cyber Security to be conformed to as the regulatory perspective, but it's also a great revenue source and churn reducer from the business perspective.

​These new additions have now become an immediate challenge for all automakers with the due date of June 2022, which is not just a homework for OEM's but the entire supply chain as each and every suppliers are stakeholders on this final product of OEM's. To prevent OEM's from dressing ragged architecture, OTA requirements must be drawn from the draft architecture in consideration with fulfillment of WP.29 conformity on both safety and security aspects.

diagram 1
The requirement on OTA from WP.29 can be categorized into few buckets:
eSync architecture fulfills the conformity requirement of WP.29 in all aspects that are necessary for a level of OTA to beat that of Tesla. The diagram 1 above shows how each OTA functionalities and features in need can be fulfilled on WP.29 conformity with eSync OTA. With it's support from eSync Alliance community, transition into OTA at the level that is required for LEVEL5 autonomous driving can be easier and faster.

​There are currently over few hundred places within a vehicle which requires to have firmware updates (FOTA) in order to achieve a system updates like Tesla's FSD upgrade. Least reminded that the capability of OTA will eventually remove the needs of driving to the service centre, also will expand its application onto various subscription based services over the cloud, just like it is for smart phones today. It wouldn't need a rocket scientist to figure out what might be the market that automakers are going to compete against. As much as you'd need a new architecture that would host all services when the time comes, but you'd also need OTA technology which will handle all functionalities while conformed to WP.29 regulations.

In our next series, we'll look into some practical examples of how this WP.29 conformity affects automakers to change their strategy and behavior.
Do you want to know more? Contact us here